- There were 25 billion searches performed

Over 4 million videos were uploaded 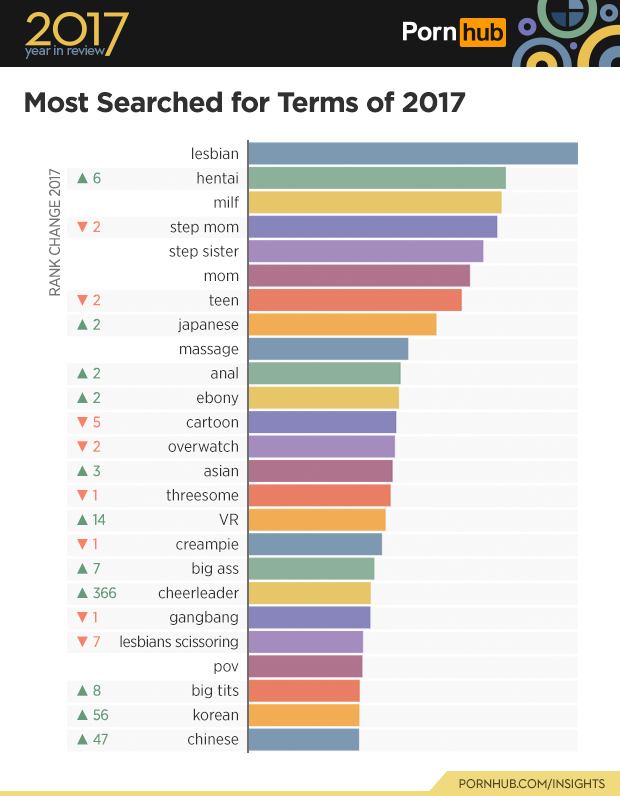 Topping the most searched for terms list is “Lesbian” which has been at the top of the list for 3 years running. Will that change in 2018? We will be sure to let you know if it does.

Riley Reid takes over the #1 spot moving up three spots from last year, where longtime favourite Sasha Grey had the biggest drop on the list to #20 moving down 6 spots compared to last year. Also worth noting is Kimmy Granger moving up 11 places, whatever she's doing people seem to like it.

Here is the list of the leading men and their respective search popularity. There are only 6 men in the top 100 searches and 8 in the top 200!

Who stays the longest?

View all posts by: manhattan

Diary of a Working Girl

Copyright Manhattan Terrace 2019. SWA: 4281BE - Disclaimer: Images used on this site are of models.